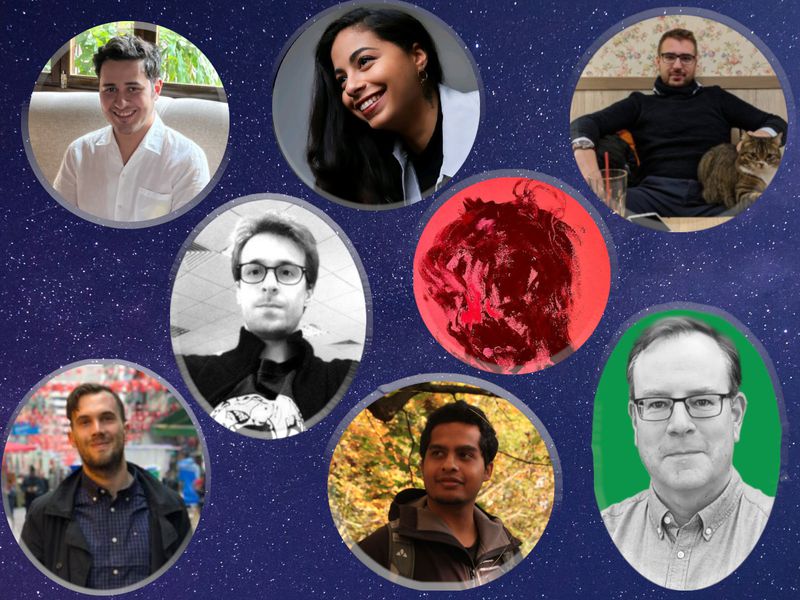 Buterin helped establish the Ethereum Foundation (EF), a Swiss non-profit dedicated to the development of the Ethereum ecosystem, but neither he nor the foundation were solely responsible for architecting the networkrs massive shift away from crypto mining. Instead, scores of individual developers, researchers, client teams and volunteers spent thousands of hours over the years, working out the nitty-gritty technicalities of how the shift could be accomplished.

Here are eight developers out of hundreds who have worked tirelessly to design, build and test Ethereumrs biggest upgrade ever: lthe Merge.r

Read more: Ethereum Merge: What You Need to Know

Beiko has been the protocol support lead at EF since January 2021. Hers often seen leading the agenda of Ethereumrs All Core Developers Calls, a bi-weekly meetup of the networkrs main engineers.

What he did: Beiko was in charge of coordinating the client teams, volunteers and those who work with EF. Typically, Beiko is seen leading discussions for the various EF calls.

The Merge can "genuinely onboard people who are interested in Ethereum but were skeptical of the environmental impacts."Tim Beiko

Whatrs next: Beiko shared that therers a lot to come down the pipeline with Ethereum, including further scaling the network and enabling stakers n people who lock up ETH to help process transactions n to withdraw their stake along with whatever rewards it has generated. In addition, Beiko is excited to address the Execution Layer and Consensus Layer governance processes harmonizing, though that isnrt as lsexy.r

Beiko said he sees the Merge as an opportunity to bring the Ethereum community together and bring outsiders in. Now that Ethereumrs energy consumption will be reduced by 99.9%, according to estimates from EF, the Merge can genuinely onboard lpeople who are interested in Ethereum but were skeptical of the environmental impacts.r Overall, having these people be more receptive to Ethereum is lsuper positive,r Beiko believes.

Read more: Ethereum After the Merge: What Comes Next?

Drake has been a researcher at EF since December 2017, where his research focuses on sharding, a scaling technique which breaks up vast amounts of blockchain data into smaller, more manageable pieces.

Drake told CoinDesk the community rallying around Ethereum ahead of the Merge has made the protocol a much stronger candidate for inherent value in the digital asset space.

lI've trained myself to just expect it [the Merge] to happen in the future, but now it's actually happening in the present.rJustin Drake

What he did: Drake made major research contributions to the architecture of the Beacon Chain n Ethereumrs proof-of-stake network. The design for the network went through several different iterations over the course of Drakers involvement. Each iteration, says Drake, was l10 times betterr than the last.

Whatrs next: Drake believes the next big thing for Ethereum will be proto-danksharding. This scaling proposal will allow more data to be processed at once and will, it is hoped, alleviate spikes in gas prices, a common problem for the network.

Drake also believes that after the Merge, ether (ETH), will become more of a high-quality financial asset, even calling it lmoney for the internet.r

Edgington is the lead product owner at Teku, an Ethereum client built by ConsenSys, an Ethereum research and development firm. (A client is a software that is used by computers operating the network.)

His journey to blockchain has been vastly different from his peersr as he has a background in academia and climate science, and later joined a Japanese conglomerate where he worked on supercomputers. Over time, Edgingtonrs role shifted to project management, until one day he delved into blockchain and became hooked on Ethereum.

What he did: Edgington built out the Teku product team. There he worked closely with the Besu team, building its Ethereumrs execution client. Because Teku and Besu fall under the same organization, ConsenSys, the coordination of working together leading up to the Merge has been slightly easier, he said.

Whatrs next: Edgington is particularly proud of the work he has done to shift Ethereum to a proof-of-stake model with its implications for network security and environmental responsibility. He believes that the sustainability of PoS will draw more users to Ethereum, bringing in people who were skeptical to use blockchain because of its environmental impacts, and thus allowing for new opportunities and use cases to grow on Ethereum.

lI've had a role to play in removing a mega-ton of carbon from the atmosphere every week.rBen Edgington

Jayanthi has been a DevOps engineer at EF since December 2020. He told CoinDesk that he joined the organization when he was scrolling through Twitter one evening and noticed that Justin Drake had announced a new team at EF that would work on the Consensus Layer (CL).

What he did: Many have said that Jayanthi pioneered the testing of the Beacon Chain. lI started learning how to do this [running testnets] with the Altair testnets and the same tooling was reused for the Merge test networks.r

Throughout the time leading up to the Merge, Jayanthirs main responsibilities revolved around shadow forks as he helped coordinate these crucial tests and debug any issues that arose.

Whatrs next: After the Merge, Jayanthi looks forward to la nice long vacation, closely followed by Devcon,r the annual Ethereum developer conference. Nevertheless, Jayanthi told CoinDesk that Ethereumrs next upgrades are already on their way, so we can expect EF to move full steam ahead with the next stage of Ethereum. Jayanthi is particularly focused on the Shanghai upgrade, which will address Beacon Chain staked ETH withdrawals.

Jordan has been the client lead at Prysm, Ethereumrs most popular software client, since January 2018. He joined the Prysm team when EF was offering grants to work on Ethereumrs scalability issues.

What he did: Through social media outreach, Jordan was able to assemble a team of developers that came to be known as Prysmatic Labs. Together, they have been working on Ethereum PoS and sharding.

Jordan said he felt the tremendous weight of the Merge on his shoulders, given that Prysm is the most popular node software that powers the Ethereum chain. lIf something goes wrong in our software, it could have serious repercussions on the network as a whole.r

Whatrs next: Like many others, Jordan is looking forward to the growth in layer 2 systems that are being built on top of the Ethereum ecosystem.

lWe believe Ethereum will dominate the world of blockchain, and seeing it all materialize is something I truly want to witness."Raul Jordan

Read more: What Are Layer 2s and Why Are They Important?

Stokes has been a researcher at EF since June 2018. He first worked on open-source contributions when he joined EF, but his current role is to look at testing, implementing and analyzing concerns for future protocol improvements.

What he did: Stokes helped with early sharding designs during this phase of Ethereum development. He also has led discussions about the potential for MEV-boost failure and helped to look into possible solutions.

Whatrs next: After the Merge, Stokes told CoinDesk he will work on implementing Ethereum Improvement Proposal (EIP) 4895. This suggested upgrade to the protocol will allow users to withdraw staked ETH currently locked up in the Beacon Chain, and will be included in Shanghai, Ethereumrs next upgrade.

In addition, Stokes told CoinDesk he has been quite interested in exploring safe options to implement proposer-builder separation (PBS), a design frame that allows validators to garner more rewards through Maximal Extractable Value (MEV), within the protocol.

Van Der Wijden was subsequently approached by the Geth client team to work with it and the Ethereum Foundation. He accepted the position and contributed part-time while finishing up his degree.

What he did: Leading up to the Merge, Van Der Wijden wrote guides for the Consensus Layer clients so they could use their software with Geth.

Van Der Wijden also worked closely with Parithosh Jayanthi, Mario Vega and Marek Moraczynski on shadow forks for the Merge, in order to make sure that all clients implemented the specs correctly. He also created tools that were used during shadow forks to create bad blocks that would identify issues in some clients.

Whatrs next: lOh, lots of cool things,r said Van Der Wijden. He is most excited about the Verkle tree upgrade, which will scale the network by adding large amounts of data into a Verkle tree (an updated form of Merkle trees) and provide a short proof of that data that can be verified, and EIP 4844, which addresses danksharding.

Zouarhi joined ConsenSys as a research engineer in 2017 and then became a product lead for Besu, an execution client of Ethereum, until June 2022. When she joined ConsenSys she had thought that Bitcoin was the best possible use case for blockchain technology but was intrigued by what could be done with Ethereum.

lConsidering Ethereumrs network is currently carrying most of the Web3 industry and economy, this protocol evolution can look scary. On the other hand, the Merge is also full of opportunities.rSajida Zouarhi

What she did: Zouarhi brought her background of blockchain engineering to her role in product management. Her main priorities included working with core developers and laying out what the priorities were for the Besu client team.

Read more: Ethereum Is Only as Strong as Its Weakest Link

Whatrs next: A major challenge that Zouarhi hopes to address is client diversity. If the majority of the chain is relying on a single client software, then the whole chain is at risk should that one client have an issue. Currently, the most popular execution layer client is Geth with 78.4%. Therefore, Zouarhi hopes that Besu not only performs well with Teku, the consensus client from ConsenSys, but also with other consensus clients.