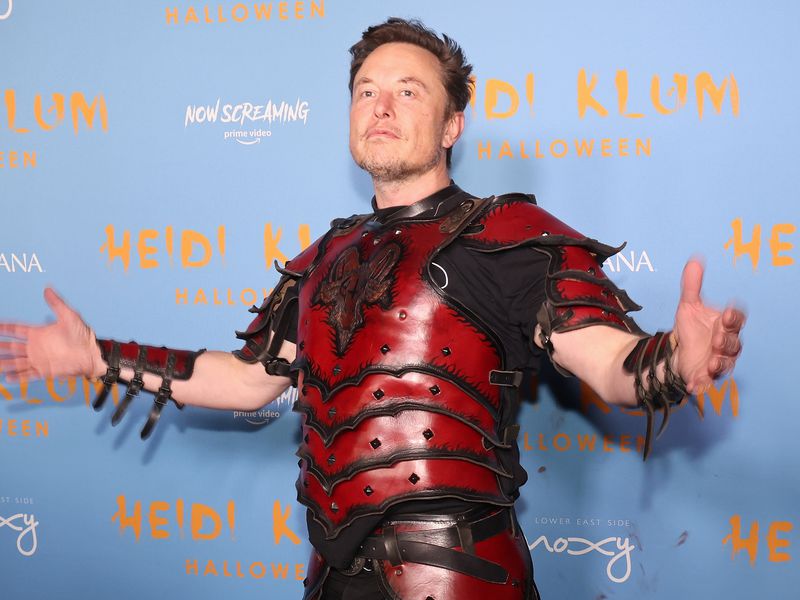 Much furor has been generated on Twitter about Elon Musk's new "blue tick" (checkmark) verification scheme. Existing blue ticks (full disclosure: I am one) are up in arms about the plan, which would give anyone a blue checkmark on their tweets if they pay Musk $8 a month, with no questions asked. Twitter Blue marketing makes it clear that there will be no identity verification. Pseudonymous accounts will be able to get blue ticks.

Musk has expressed a hope that opening the blue tick scheme to a much wider audience will eliminate hate speech on Twitter and stop the proliferation of bots, spammers and fraudsters. But I"m afraid he is entirely mistaken. The payment of $8 per month is nowhere near enough to compensate for elimination of centralized identity checks. And the reason should be entirely obvious to anyone who is familiar with crypto, and in particular the problem that Bitcoin originally solved " the "Byzantine Generals" problem.

Frances Coppola, a CoinDesk columnist, is a freelance writer and speaker on banking, finance and economics. Her book "The Case for People's Quantitative Easing" explains how modern money creation and quantitative easing work, and advocates "helicopter money" to help economies out of recession.

The Byzantine Generals problem is all about the difficulty of reliably establishing identity in a distributed system that has no trusted central authority. The original 1982 research paper by Leslie Lamport, Robert Shostok and Marshall Pease imagined several armies besieging Byzantium, each army led by a General " hence the name "Byzantine Generals problem." Some of the Generals and their subordinates are traitors who are trying to confuse the rest. Without knowing who the traitors are, and with only oral messages as a means of communication " or perhaps Twitter " the loyal Generals must coordinate their attacks. The research paper shows that in the absence of a trusted central authority, the loyal Generals will be unable to coordinate their attacks if the proportion of traitors among the Generals and their subordinates is too high.

Twitter's blue ticks are a fine example of the Byzantine Generals problem. The blue tick is meant to prove that the Twitter account actually is run by the person it claims to represent. So, for example, an account called "Joe Biden" has a blue tick to prove that it is run by the real U.S. President Joe Biden (or his staff), not an imposter. But blue ticks are allocated through an opaque process run by a centralized team at Twitter, which is not accountable to the Twitter community and is suspected of corruption. Rumors circulate that blue ticks can be bought for $15,000 or $36,000 or some such figure. There's no evidence this is true, but it doesn"t matter. People believe the rumors, and that is sufficient to destroy trust. The blue tick that was supposed to reliably identify celebrities, influencers, companies and brands is no longer reliable.

Enter Elon Musk, savior of the blue tick. He proposes to eliminate the existing centralized verification process completely, and instead give blue ticks to anyone willing to pay $8 per month, including pseudonymous accounts. This is a decentralized solution because people will decide for themselves whether to pay the subscription rather than the allocation of blue ticks being determined by a central trusted authority. As with existing blue ticks, the new blue tick will confer advantages in platform visibility " the Twitter algorithm boosts tweets issued by blue ticks above those of ordinary users. The subscription payment is presumably supposed to be low enough to encourage genuine Twitter users to sign up for blue ticks, but high enough to discourage bots, spammers and fraudsters. But " is it?

The authors of the "Byzantine Generals" paper say that any solution to the problem is necessarily expensive. Satoshi Nakamoto's solution (proof-of-work) is indeed expensive, and so is proof-of-stake, recently adopted by Ethereum. But as Elon Musk himself pointed out, $8 per month is the price of a Starbucks latte. Some people can"t afford this, of course. But I"d suggest that most Twitter users " and certainly those that have, or want, blue ticks, can, easily. It's small change. And for some of Twitter's most toxic elements, it will be well worth it to create the impression of authenticity and amplify their tweets.

Of course, there's still centralized moderation of tweets. Liberalization of blue ticks isn"t carte blanche to post hate speech on the platform. But I am looking forward to the lawsuits when Twitter starts suspending accounts that are paying $8 a month.

More importantly, $8 per month doesn"t appear to create much disincentive for bots, spammers and fraudsters, or even the sock puppet accounts that infest the platform. For them, tweet amplification is gold. I predict that bot and sock puppet farms will bulk-buy blue ticks, and crypto spam accounts shilling tokens will all have blue ticks and there will be an epidemic of blue tick phishers.

However, Musk's aim to enable ordinary Twitter users to obtain blue ticks is laudable. And there's no doubt that the existing centralized process is unfit for the purpose. So how could Twitter create an identity verification process that didn"t rely on a centralized authority, was open to anyone who could prove their identity and discouraged fascists, bots, spammers, fraudsters and sock puppets?

Well, Musk could do worse than look at the solutions adopted by the cryptocurrencies of which he is so fond. Both proof-of-work and proof-of-stake use a community-led process with volunteer verifiers. The verifiers are incentivized by the potential for rewards, and kept honest by harsh financial penalties for abusing the system. Verification is expensive for the verifiers, but not for the users whose transactions are being verified " they just pay transaction (gas) fees. Could such a system work for Twitter verification?

There will be an epidemic of blue tick phishers.

There's an obvious problem, and that is that verifiers have no more idea than anyone else whether an account that has applied for verification is malicious. But Twitter users are pretty good at identifying malicious accounts. There's no reason to suppose that Twitter verifiers who have staked a whole load of money (much more than $8 per month) for the right to verify identity would be any worse " indeed they would have an obvious incentive to get it right, if the penalty for inadvertently verifying (say) a neo-Nazi account was to lose part or all of their stake. And all that is needed is for enough of them to agree. Some kind of majority voting system would work. It's complex, but surely not beyond the ability of the bright minds in the tech world to solve.

What rewards might Elon Musk offer Twitter verifiers? Well, he could offer money: treat them like shareholders, pay them a dividend. Or he could offer them voting rights, for example over the introduction of new facilities. But would he agree to such dilution of his power?

It seems to me this is the fundamental problem. Twitter, the decentralized "town square," was unfortunately so centralized that it could be taken over by a dictator. Dictators are not usually too keen on decentralization.

I hope that Elon Musk's longstanding interest in crypto will encourage him to look at decentralized solutions to the problems that he is rightly identifying. But that might mean stepping back from Twitter and setting the community free to fly on its own.