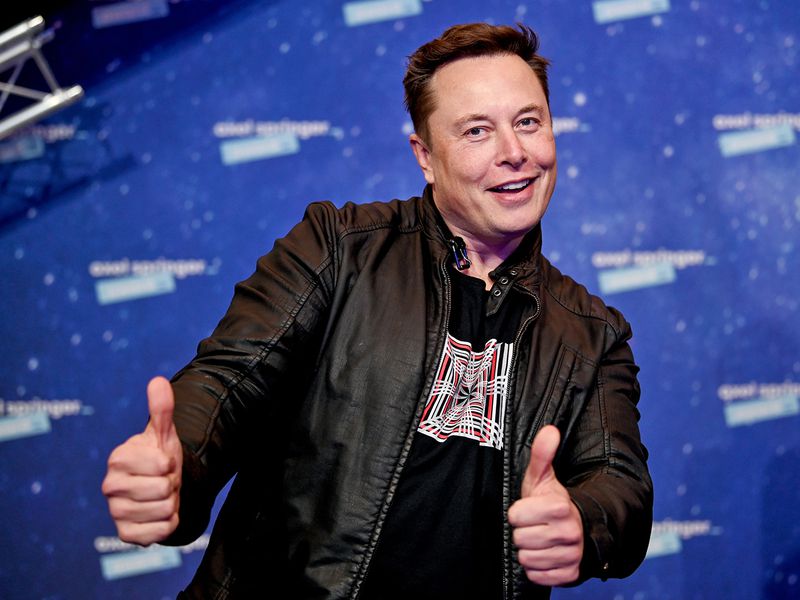 Elon Musk is now lChief Twitr after taking Twitter private last week, and the transition period seems as wracked with uncertainty as the months-long buyout negotiations. Musk, who is also CEO of Tesla and of SpaceX, has brought on a number of advisers with familiar faces in the crypto industry as he looks to revamp the social media platform and turn it profitable.

Although the worldrs richest man didnrt mention crypto among the reasons for doling out $44 billion to take Twitter off the public markets, there are real indications that Twitter is edging towards Web3.

This article is excerpted from The Node, CoinDesk's daily roundup of the most pivotal stories in blockchain and crypto news. You can subscribe to get the full newsletter here.

Binance helped finance the buyout and the crypto exchangers CEO, Changpeng Zhao, is stepping up as an adviser. Thatrs alongside Andreessen Horowitz general partner Sriram Krishnan, a known crypto enthusiast, and member of the PayPal mafia David Sacks, who isnrt allergic to bitcoin either.

Musk's buyout is "a chance to take a prestigious Web2 platform and use it as a sandbox to start taking apart some of the challenges that we've seen become synthetical in the Web2 space," Binance Chief Strategy Officer Patrick Hillmann said on CoinDesk TV. He told the tech blog Protocol the buyout is a "once-in-a-lifetime opportunity."

Testing crypto at such a commercial scale would reveal much about the benefits and limitations of blockchain tech. Musk is apparently taking former Twitter CEO Jack Dorseyrs advice to heart and mulling the idea of open-sourcing Twitterrs code.

But what exactly would a crypto-fied Twitter look like? Right now, the biggest effect Muskrs takeover has had on crypto has been to send dogecoin skywards. Even Zhaors comments on lbringing social media and Web3 togetherr were geared towards lbroaden[ing] the use and adoption of crypto.r

Twitter n which is consistently unprofitable, wrecked by scammers and facilitates the spread of fake news n surely could trial crypto solutions. Here are the most likely:

One of Muskrs earliest proposals was to turn its lblue checkr verification system into a paid product. Users, if they want to continue being verified, would pay upwards of $20 a month to keep their checkmarks. Bloomberg noted that, with 424,000 verified accounts, Twitter could see an additional $102 million in revenue (if all subscribe).

The idea has been roundly mocked by journalists, whorve noted that verification isnrt a status symbol people should pay for but a tool for public safety. Account verification helps mitigate the spread of misinformation and the chance that someone would fall for a scam run by a fake account impersonating people like Elon Musk.

An alternative here is to open verification to anyone, but use non-fungible tokens (NFT) to create tiers of accounts. Non-fungible tokens, being immutable, have the benefit of cutting down on fake users, adding a layer of authenticity to bolster security. The vain among us could pay for some super-expressive, feature-granting token, while Twitter could continue giving out badges to public figures.

This is already happening, to some extent, with Twitterrs existing NFT strategy. The company could pull a Reddit and refer to tokens as something else, given how tarnished the term NFT has become due to bros on Twitter. In time, assuming Web3 takes off, NFT identities could be interoperable between sites. That means if yourre verified on Twitter, you would be verified wherever.

Decentralized identity unlocks a lot of potential across the web, including in advertisements. As unserious as lChief Twitr seems, Musk is looking to bolster Twitterrs ad business (which currently accounts for just under 90% of its revenue). Decentralized identities, whether NFT-based or otherwise, could help advertisers target the lhighly relevantr form of ads Musk wants while preserving userrs autonomy over their data.

Last week, Lit Protocolrs David Sneider wrote about the process for CoinDesk, noting that most websites today use lconversionsr to determine revenue. Essentially, Twitter has software that knows when users click on an ad, as well as software that follows them from page to page and knows when they purchase something. That llast-clickr attribution earns Twitter more money.

A more ethical model would allow for users to opt out, know how their data is being used and manage it themselves. Using verifiable credentials, advertisers and Twitter could still track click-through rates, but would need to ask for permission to decrypt any information a user requires. This might cut down on bulk ad revenue but may make users more attractive to advertisers.

Fortune crypto editor Jeff John Roberts wrote Monday that if Musk had a strategy while buying Twitter it was likely to turn it into a payments company. Musk told the New York Times the company will bring in $1.2 billion in payment revenue by 2028. This would happen by turning Twitter into a sort of open-source WeChat, an leverythingr app in China.

Payments on Twitter make sense n especially if you need to transact with someone you only interact with while on the app. Before stepping down, Dorsey already paved the way for this by introducing Bitcoin Lightning (though tradition fiat payments work, too).

Musk already purchased $1.5 billion worth of bitcoin at Tesla and could put it on Twitterrs balance sheet, too. This would be for all the same reasons as before: portfolio diversification. Although MicroStrategy, the ur-company to have bought bitcoin as an inflation hedge, is underwater with its BTC holdings, Tesla has profited.

Finally, Musk is considering reviving Vine, the short-form video platform that Twitter mothballed years ago. At least part of the reason Vine failed was because its biggest creators started to demand payment for their work. Crypto micropayments experiments have yet to take off, but the idea is sound enough: Reward people for posting on or interacting with your platform.

Although not everyone is into the idea of financializing every aspect of social media, it could be tried as an opt-in feature across Twitter or Vine. Maybe at first the program would be subsidized, and in time switch to a proof-of-stake system that rewards token holders.

Who knows whatrs coming? But if the bird app is becoming a sandbox, you might as well experiment. People will hate any change on Twitter anyway.