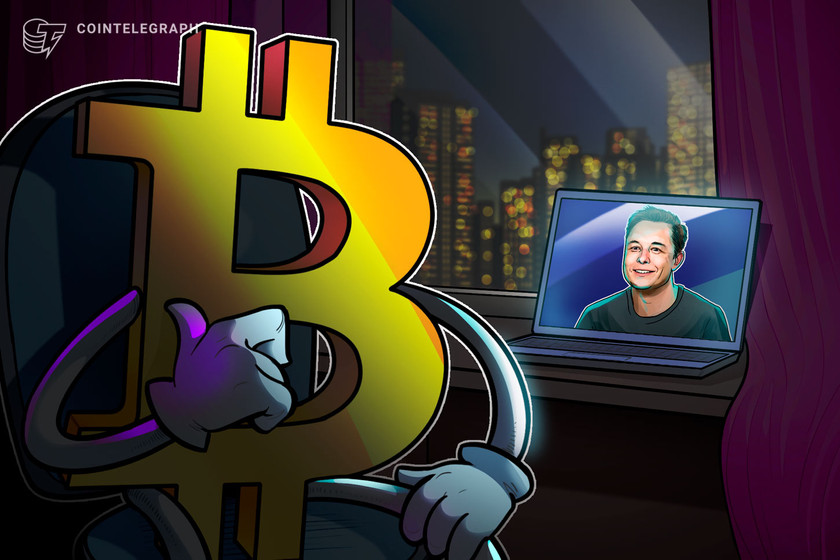 In a tweet on Oct. 21, the Tesla CEO revealed his belief that the world would only exit recession in Spring 2024.

After the United States entered a technical recession with its Q3 GDP data, debate continues over how much worse the scenario could get.

For Musk, while long predicting the United States economy would enter a recession, the likelihood of a global downturn lingering is now real.

Asked on Twitter how long he considered a recession to last, the world’s richest man was noncommittal, but erred on the side of years rather than months.

“Just guessing, but probably until spring of ‘24,” he wrote, having also said that “it sure would be nice to have one year without a horrible global event.”

Still sensitive to macro market moves, BTC/USD dipped below $19,000 on the day, data from Cointelegraph Markets Pro and TradingView showed.

Reactions to Musk digested the idea that it might take until Bitcoin’s next halving for price performance to see a significant trend change. The halving is currently scheduled to occur on May 1, 2024.

“If true, half of CT will be in a mental asylum,” on-chain analytics resource Material Indicators commented.

Closer to home, further research warned that “time is running out” to save the Bitcoin daily chart from a breakdown.

According to commentator Matthew Hyland, a daily close above $20,500 is now a necessary step.

“Bitcoin has consistently made lower highs since June,” he summarized:

“Needless to say, the pressure is now on to make a higher high above $20.5k after retesting the $18k region. Time is running out.”