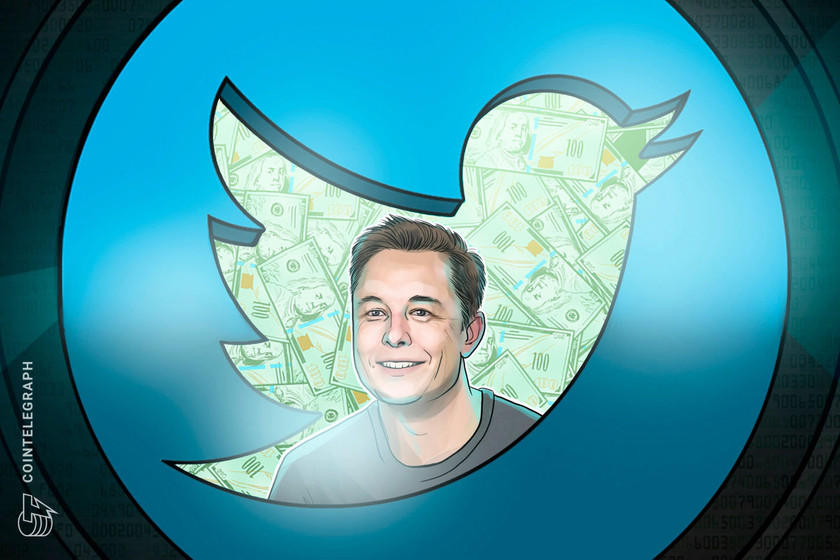 Social media giant Twitter was officially acquired by Elon Musk on Oct. 27 in a deal that saw a war of words, a court battle and some firings right away. Musk acquired the social network platform at $54.2 per share price, bringing the total value of the deal close to $44 billion.

Musk is also taking the company private as part of the deal, resulting in the delisting of the company’s stock, taking it out of the hands of public shareholders.

Almost nine years after being listed on the New York Stock Exchange in 2013, Twitter is no longer a public company. The NYSE website noted that trading in Twitter shares will be frozen on Oct. 28. Apart from NYSE, crypto-friendly trading platforms like eToro and Robinhood also delisted Twitter shares from their platform.

Twitter going private might not have come as a big surprise for many, given that Musk has floated the idea long before involving it in the deal and even revealed his intention to take Tesla private in the past.

Taking Twitter public will offer Musk certain regulatory advantages and save him a few million dollars in fines. (Musk was fined $40 million for “joking” about taking Tesla private.) Being a public company invites heavy scrutiny from regulators, and Musk has had quite an infamous relationship with the United States Securities and Exchange Commission.

Being a private company will also save Twitter some financial public scrutiny since it will no longer be required to make quarterly disclosures about the health of its business.

The $44 billion acquisition also had a crypto partner in the form of Binance, which reportedly contributed $500 million toward the deal. Binance’s $500 million stake in Twitter makes it the fourth biggest contributor to the takeover.